So here are some pictures, mostly for my own documenting purposes.  And some of you don’t see mee very often, and for those that have been around for the gradual changes, here is a more distinct view.

On 14 April 2010 I decided I would take a few pictures before I started growing my belly very much.  At that time I was only 7 weeks (lmp) along and was not close to showing outwardly what was happening inwardly. 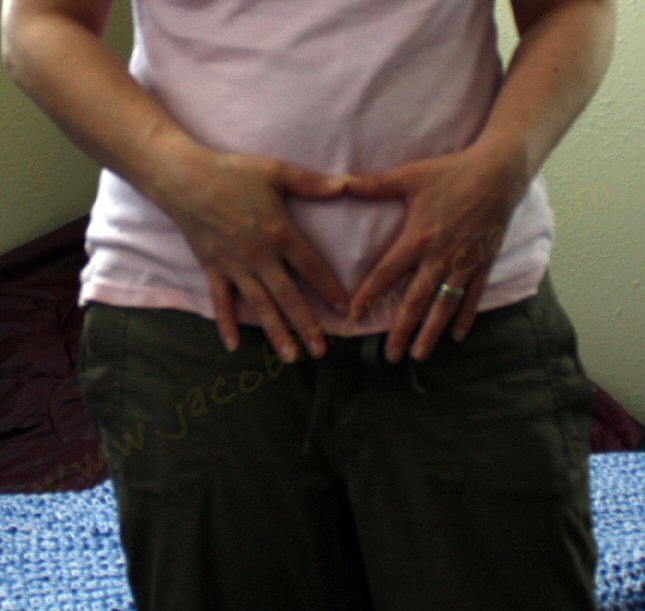 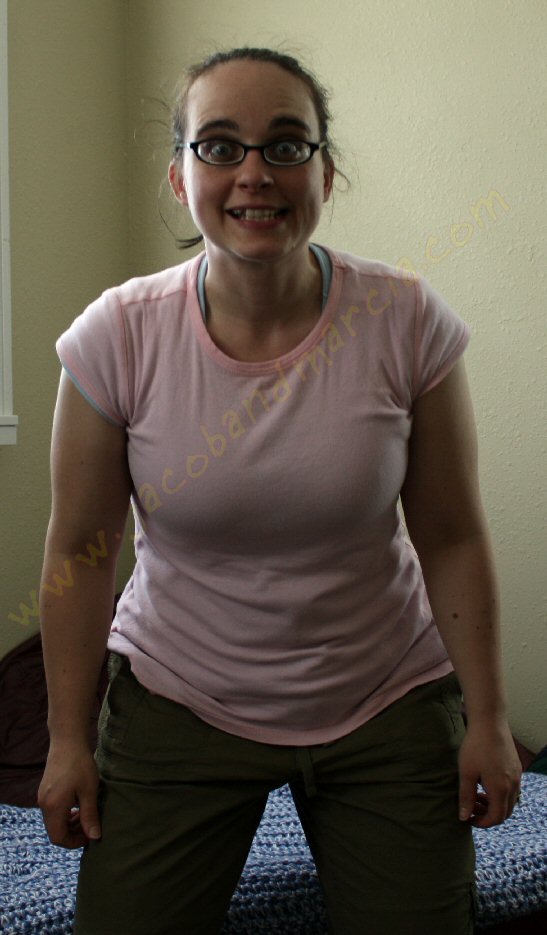 These next two are blurry, I was not really very focused myself when I took them.  I felt kind of silly since there was no progress to record. But the first here is the most side-ways shot I got.  The second I just felt good in that one since I had not really gotten a shot of how I looked after losing all that weight last year. 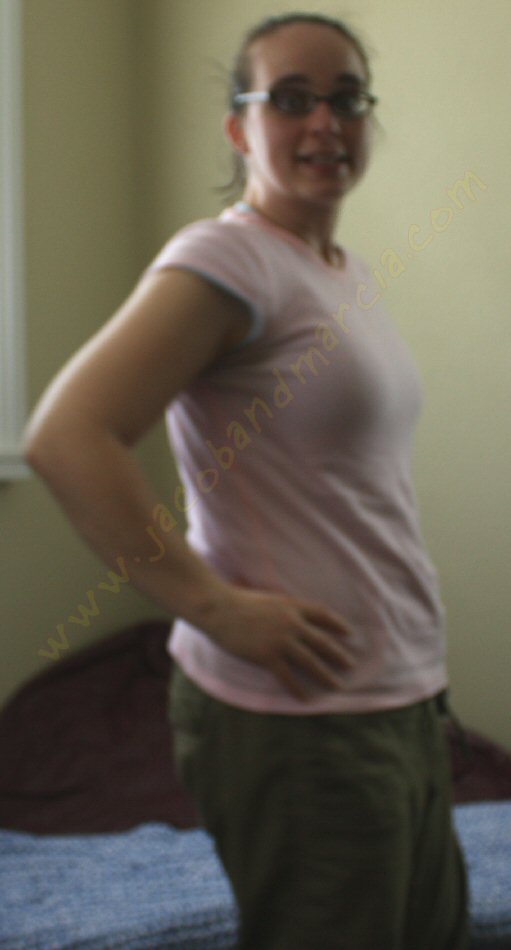 I had this grand idea to take a picture once a week and then I could compare week to week.  If I had started it four weeks earlier (we knew close to the day that Copyright came to be) I might have really tried to stick to the plan.  But I had not been taking weekly pictures, and life got a little crazy.  And I figured that I would start to take pictures when I started to notice a difference, the next thing I know I was hanging out with some family and one of the nieces was leaning her head into mee and I looked down and did not see her head.  It occurred to mee in that moment, I missed the point when I started showing (I did take a picture of that view, though I have to search through lots of pictures to find it to post).

The next picture shoot I did was this afternoon.  16 weeks later.  What a slacker (in pictures, I have been sewing and doing other stuff like crazy).  The next picture is a side by side of “7 weeks” and “23 weeks” in the same clothes. 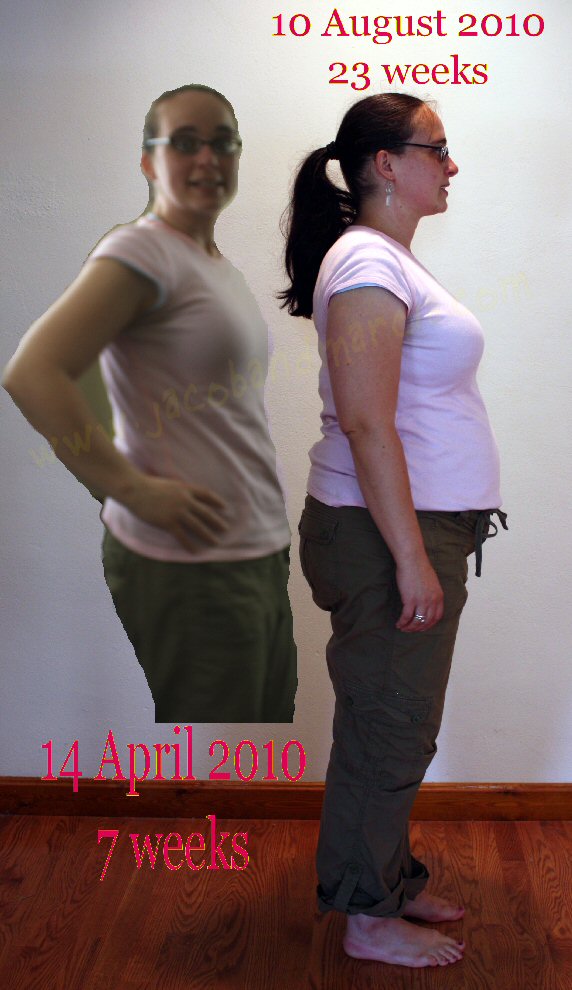 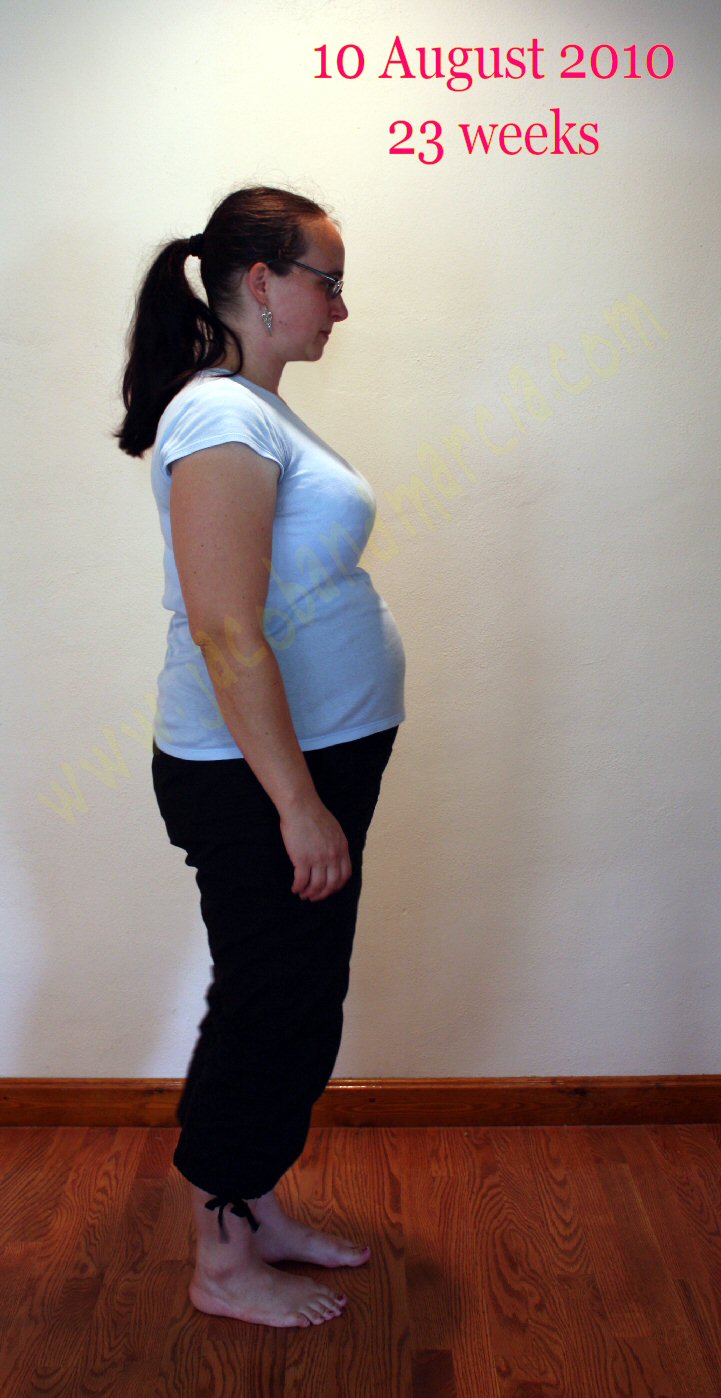 And lest anyone think I am not excited (cause really it is fun to see the belly grow-in this way).

Frizzy hair and all-I know many of you think it is because of the humidity, it is not so with my hair.  My hair does well in humidity, my hair gets frizzy when the air is dry-the air-conditioner is on and I had been in that all day.