So last spring/summer we had the back door open for fresh air, a lot.  A mouse came in, so we got traps and caught it in just a couple days.

This fall another mouse dared to enter the house.  We set the traps again, and it was caught with-in the hour of setting.

We had one still set along the wall, just waiting in hopes that we would not catch another.

We went out of town for a week, and the trap was empty.

The temperatures dropped, a mouse came in for a snack.  It died.

We went to pick up more traps (because even though it says reusable, let’s be honest here, I am not un-clipping the mouse and using that nasty thing again!) just in case we need them.  The temperature outside keeps dropping, and I don’t want to be outside!

The price of the traps this time was $6.88, I think-once I find the receipt I will know for sure.  This evening we were at the store getting other supplies in that area of the store, and passed the traps display, and this is what I saw: 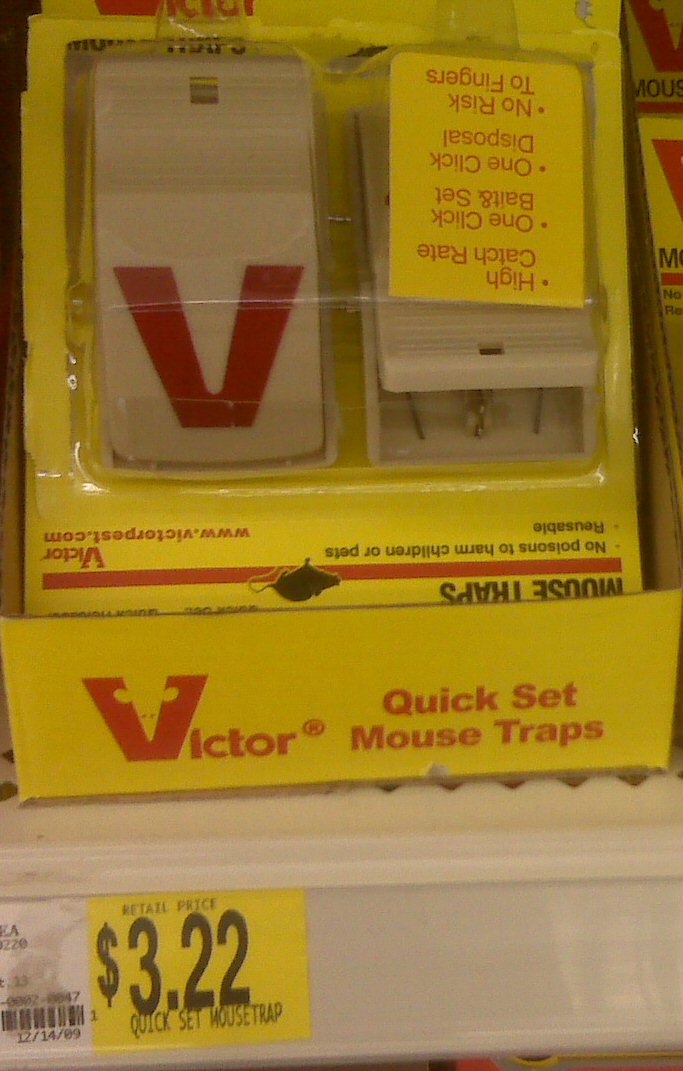 It is the original price again.  It makes me so stinking mad!!!!!

We figure that because the outside temperatures dropped, many people were having trouble with the mice coming in, and the store (or rather the people who run it) decided that they might as well make extra money off the people who already have enough problems in their lives.  And now that the traps are in less of a demand, the price has dropped back to the original rate.

Now, if I can just think of how to make this work to my advantage….  Any ideas?

2 thoughts on “This is not fair”