So, we were cutting and gluing and coloring and I made a new book.  The process was somewhat fun.  The children helped me know what pictures to cut out of magazines.  I glued them on the pages.  Then the story-line came. . . . Enjoy! 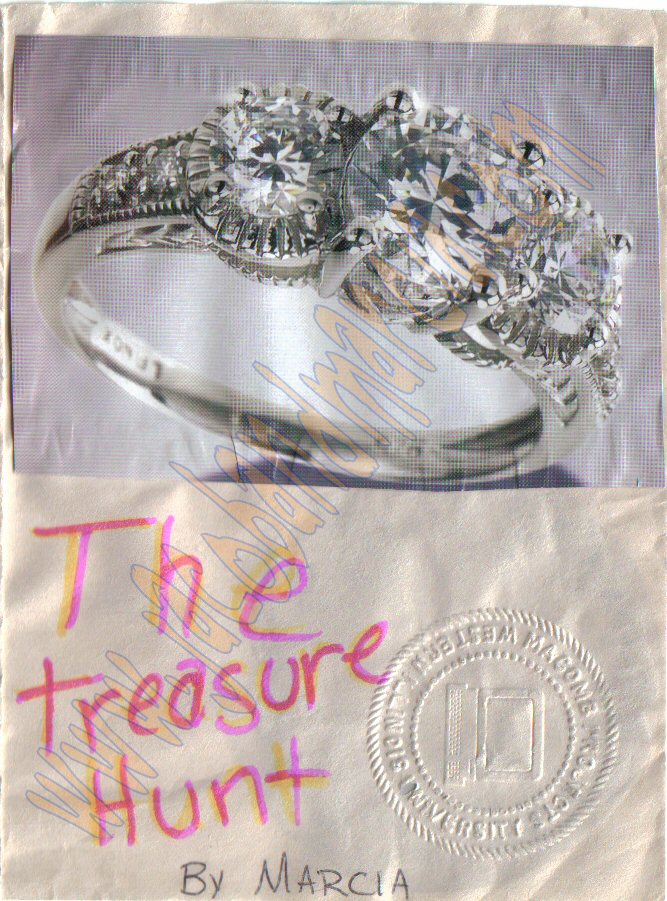 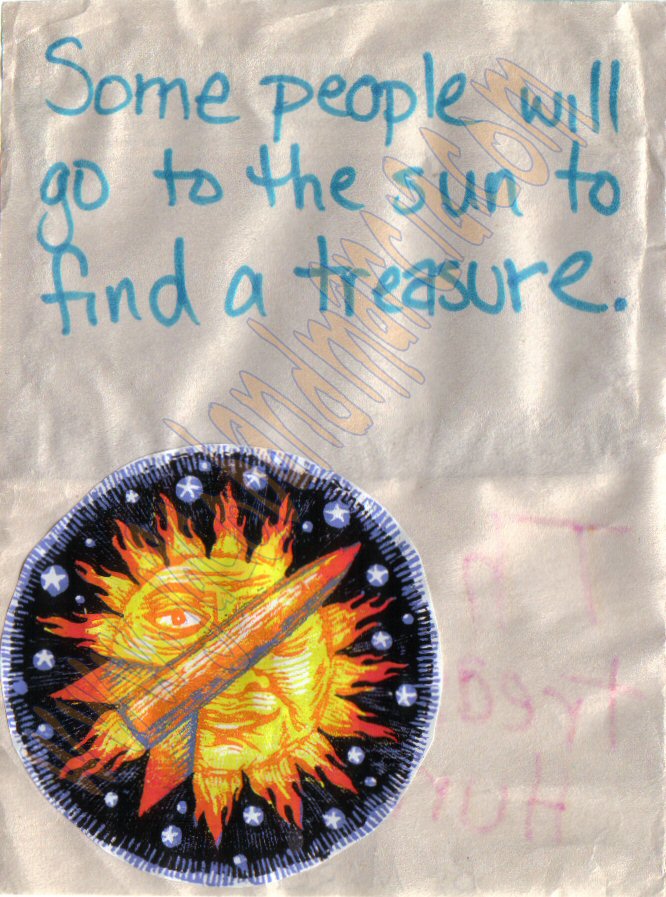 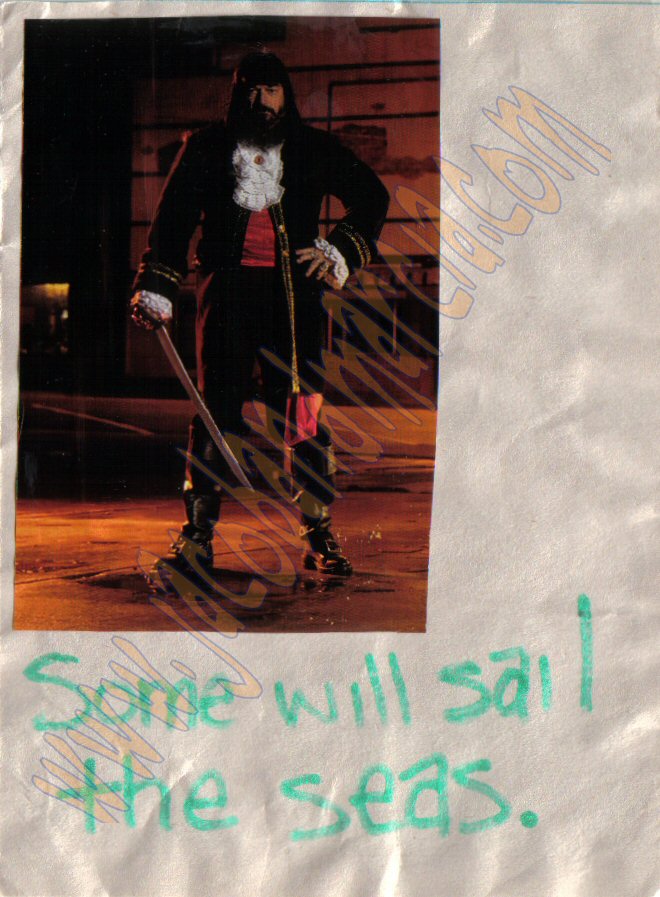 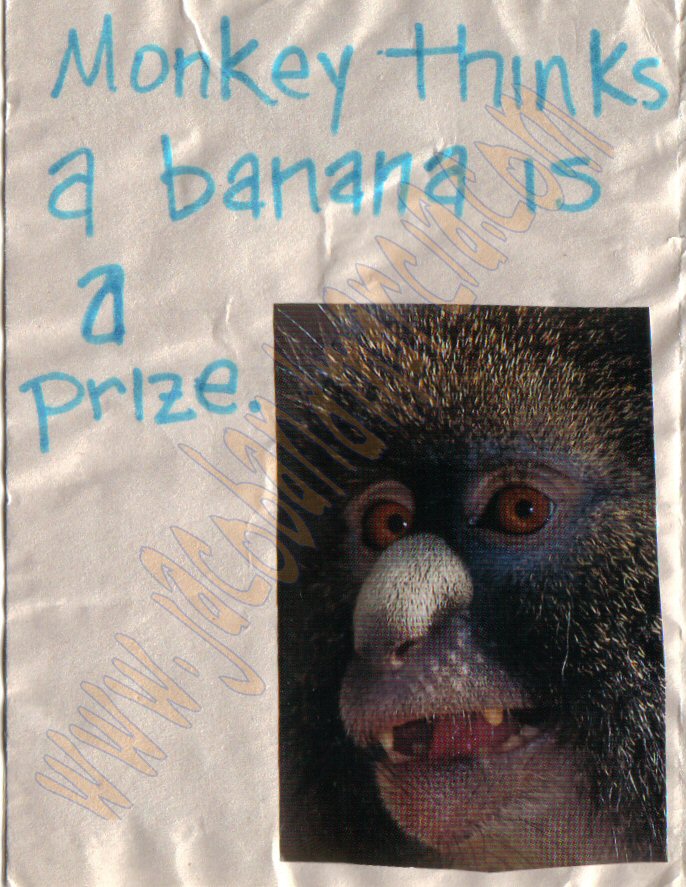 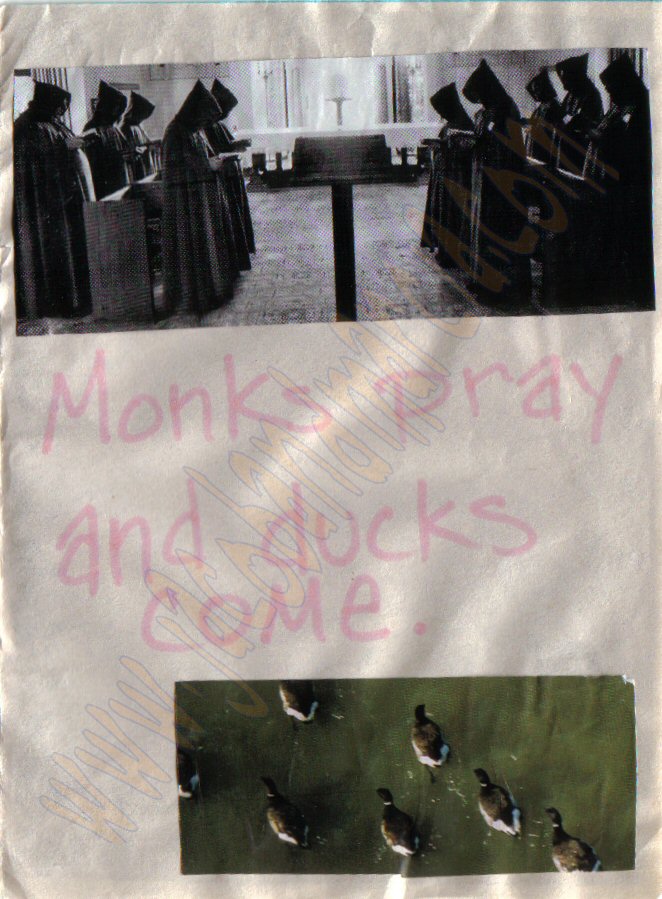 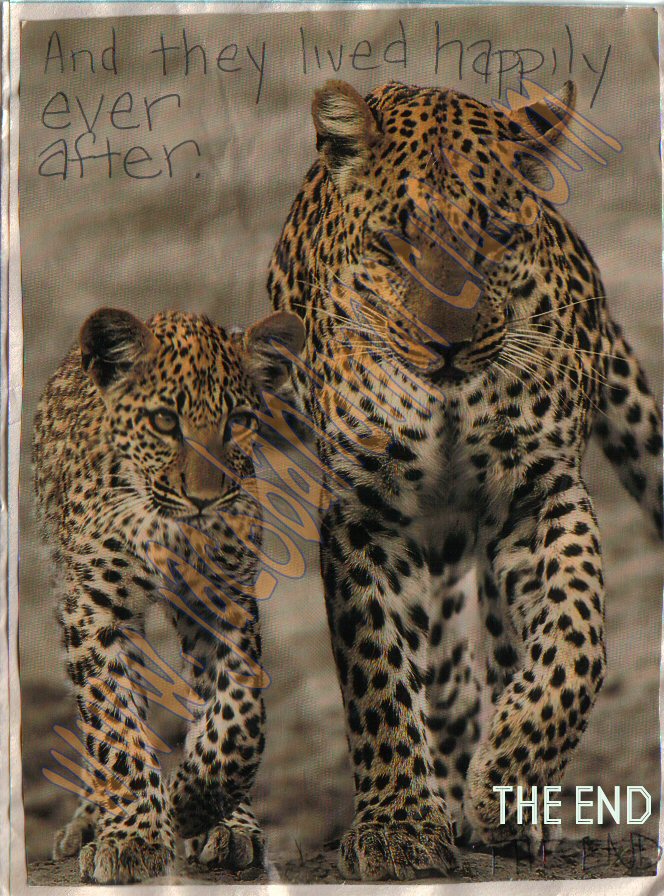 I felt the need to add the “THE END” on the last page right above where it is written because it is hard to see. Last friday night was one of the most beautiful clear nights we’ve had in a very long time. It was the perfect night to take our telescope out to a favorite stargazing spot, a cemetery about 7 miles south of town, and look at things like the moons of Jupiter, the rings of Saturn, the Mizar binary star, Owl Nebula, etc… Jupiter was particularly brilliant that night – we could even make out 3 of the 4 Gallilean moons with just a pair of inexpensive binoculars.

As I was hunting for the owl nebula, which is just northeast of the northernmost corner of the big dipper, I suddenly found that my night vision was gone. I couldn’t see anything. Taking my eye away from the eyepiece, I found that Marcia was waving at a pair of very bright headlights coming up the access road into the cemetery.

Great. Visitors. After midnight. Marcia wasn’t sure whether the people saw us, which is why she was waving to make sure we didn’t get run over. That’s when the red and blues flashed for just a second, and I realized it was a police officer. From the Sheriff’s department, to be exact.

I approached the car from the front, making sure they could see my hands (but without raising my hands like some sort of criminal – I would have just felt dumb). Officer Carlson introduced himself and asked what we were doing. Marcia said that we were doing some stargazing, and the officer noted that it was a perfect night for it. He asked “are you aware that cemeteries close at dark?”

He explained that the main concern is people coming and getting drunk or high or other things, as cemeteries do tend to be secluded (which is why it was perfect for astronomy – no bright lights nearby to ruin the view), and that since it was obvious that we weren’t doing any of things, he wasn’t going to give us any trouble.

Perhaps out of gratitude for not arresting us, or wanting to prove that were indeed just a couple of geeks staring at the sky, or just because I was really excited to share what I was seeing, I asked if the officers wanted to take a look. “Have you ever seen the moons of Jupiter?” Officer Carlson accepted my offer, and they got out of the car.

As I fumbled for a flashlight, since my night vision was ruined by their very bright headlights, I heard a clanging sound. I turned around with the flashlight to discover that the other officer had gotten out of the car and walked right into a fence.

And he had his own flashlight.

I wanted to show them Saturn, as that’s probably the most visually impressive thing in the sky these days, even if it does appear significantly smaller than Jupiter through the telescope. But Saturn had already set, so Jupiter would have to do. I trained the telescope on Jupiter, got the magnification up as high as I could and still allow it to be focused, and let the officers take a look. Officer Carlson was genuinely interested and taken by the beautiful image of the huge planet. I don’t think his partner (who we later discovered was an intern and had had a class with Marcia’s brother who also studied law enforcement recently) was as impressed.

We talked a little more about astronomy and I pointed out a couple of interesting things that most people don’t know about the stars, and then the officers thanked us, we all shook hands, and they went on their way. I must say that this was by far the most pleasant run-in I have ever had with an [on-duty] police officer.

(Ok, there was the one time when we were walking around a used car lot at night looking at cars, and found one with the window rolled down and a storm was approaching. A police officer happened through the lot as part of his evening rounds, and we flagged him down to tell him about the window and see if he had any way of contacting the dealership owners so they could save their car. As I walked up to the window of the police cruiser, I joked that I liked being on that side of the window MUCH better. The officer wasn’t very amused, but I still think it was funny.)

Unfortunately, we try our best to be law-abiding citizens (speed limits notwithstanding), so we probably won’t be going back into the cemetery after dark. We’re going to have to find a new stargazing location, and that cemetery is going to be hard to beat.