Yesterday I decided to use up the rest of the tomatoes off the counter.  All of them.  Even the green ones.  After some research online, I found multiple recipes of people using green tomatoes for pasta sauces and salsas.  I chose to make sauce.  After reviewing a variety, I picked the ingredients I like, and made enough for spaghetti and meatballs for last night and three pans of baked spaghetti and meatballs for future meals. One we used tonight, and the other two are in the freezer to enjoy another day.

In November?  Yes.  Would I rather have them in July?  Yes.  Unfortunately, we didn’t get to start eating them until August.  I may have planted later than I had hoped, so, next year I will remember to plant earlier.  Plus, we have this nice frame Jacob built since they were growing so well. 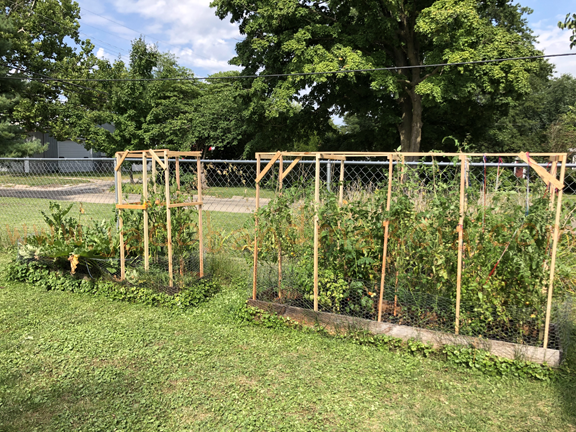 In the middle of October we knew that we were looking at a night freeze, so I sewed some blankets together to make covers for the tomato cages.  We knew we would have a night, maybe two of freezes, and then multiple days of warmer temperatures.  So, it was nice to extend the time for the tomatoes to grow.

October 26th, we knew we were looking at hard freezes.  We made an attempt to save as many tomatoes as possible.  In the middle of my “harvest” it began snowing on me, and kept going well into the day.  I cut long vines and spread them out on the counter. 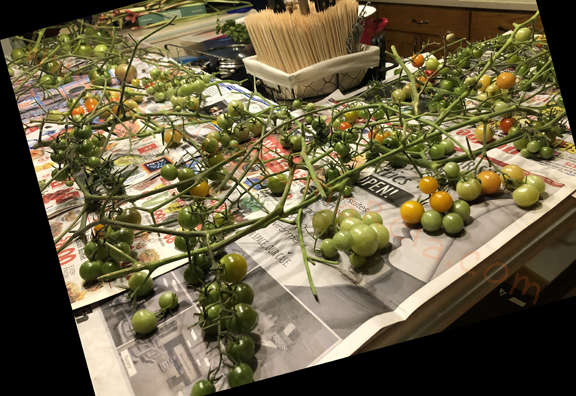 In a moment of brilliance, as an attempt to make them last even longer, I filled flower water tubes and put them on the ends of the vines, and refill them as needed. 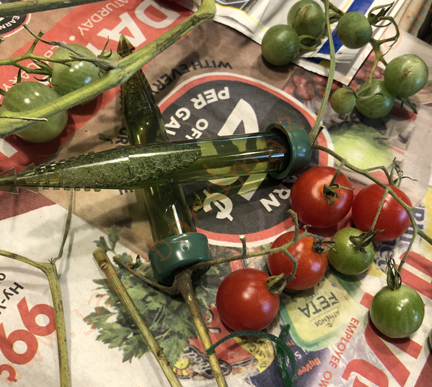 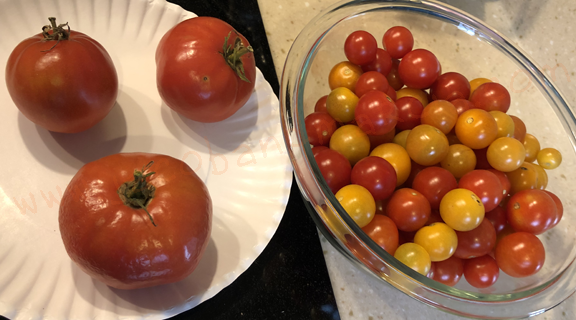 I really wish we had had lots of the bigger beefy tomatoes.  When I purchased the plants (we did not start our own from seed this year) I was under the impression that I had grabbed two plants of bigger tomatoes, and two cherry tomatoes (one yellow and one red).  as the plants grew it became obvious that they were all small.  So, back to the store I went to purchase a couple bigger-tomato plants.  That time I made sure to only get pots with the label still attached.

I wonder just how long we will be able to see them turn before we have to give up and return the remains to the earth….