Yes this quiz is from a pictures taken over a  year ago.

On December 19th, 2008 at almost two in the morning we heard a noise.  It sounded like something had fallen on the house.  We put our coats on, and went outside to see the above.

We were worried that the branch may have been too heavy to leave hanging on the cable that feeds us our internet.  We also did not like the idea that it might fall on the car.

This branch was about the diameter of a healthy cantaloupe, and was very long.  Jacob went up to it to see if he could just push it off to get it away from the wire. 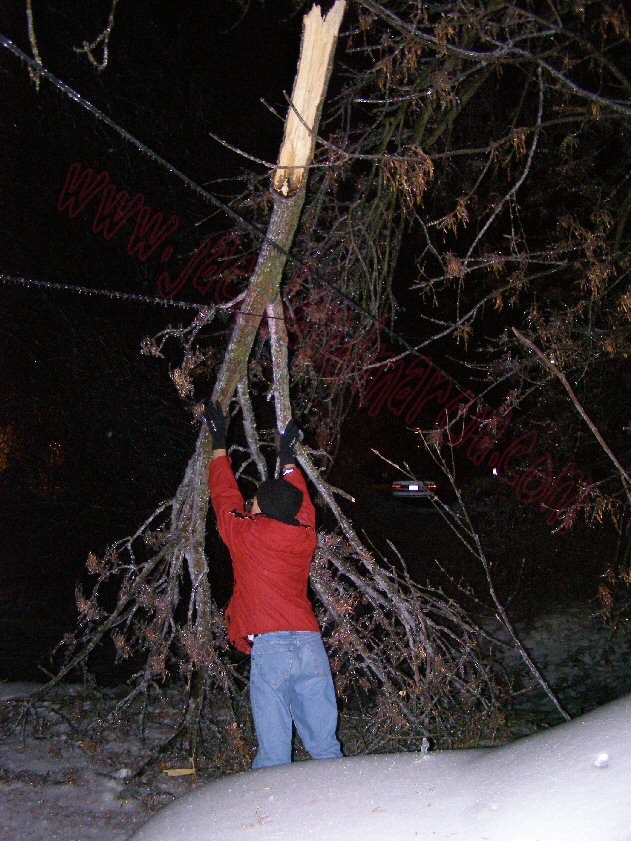 Upon closer inspection, it was really really big.  He gave a few heaves, and decided it would be best to move the car out of the way so as to not allow the chance of the branch falling on the car.  So, he ice-picked his way into the car, kept the door open to see and backed the car up a ways.  He went back to the branch and gave it some good pushes. 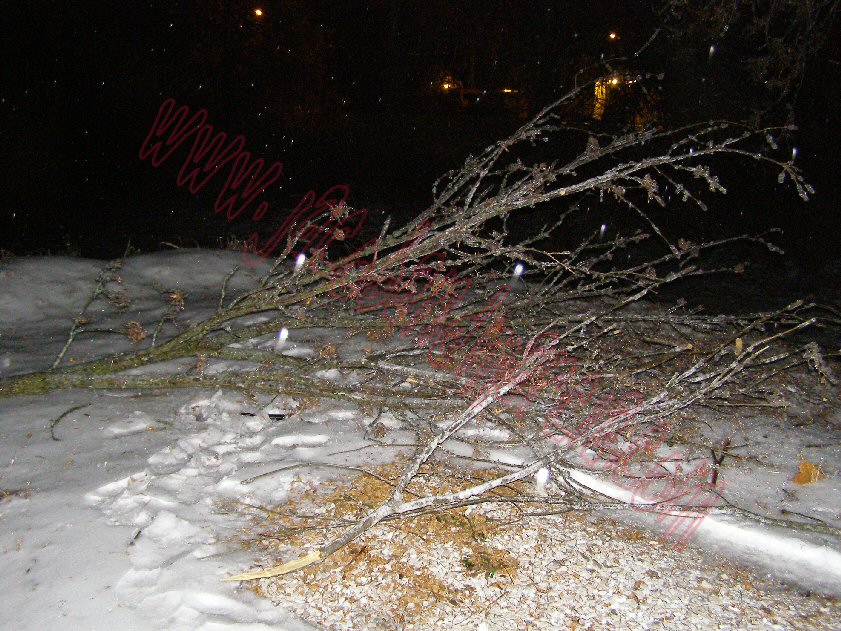 Down it came.  You can see where the car had been.  The sound from the branch hitting the ground was loud, and the vibrations from it hit other places where ice had formed, and we heard lots of cracking and popping around us.  The best we can describe it is to say that it sounded like a battle field.  The apartments across the street had lots of ice on the roof, that (we believe) in response to the branch noise, cracked and slid off the roof into the parking lot.  We hope all the cars were ok after that.

The ice storm really was pretty to look at even though it really was not good for the trees (or likely the animal life either).  This is one of the electric lines next to our house that we saw at that time. 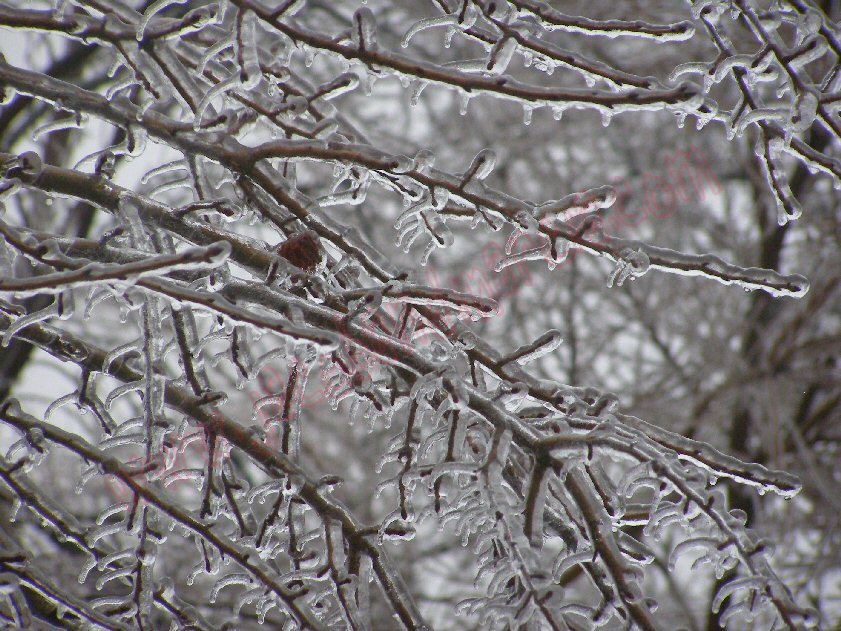 This is a picture taken after getting up for the day.